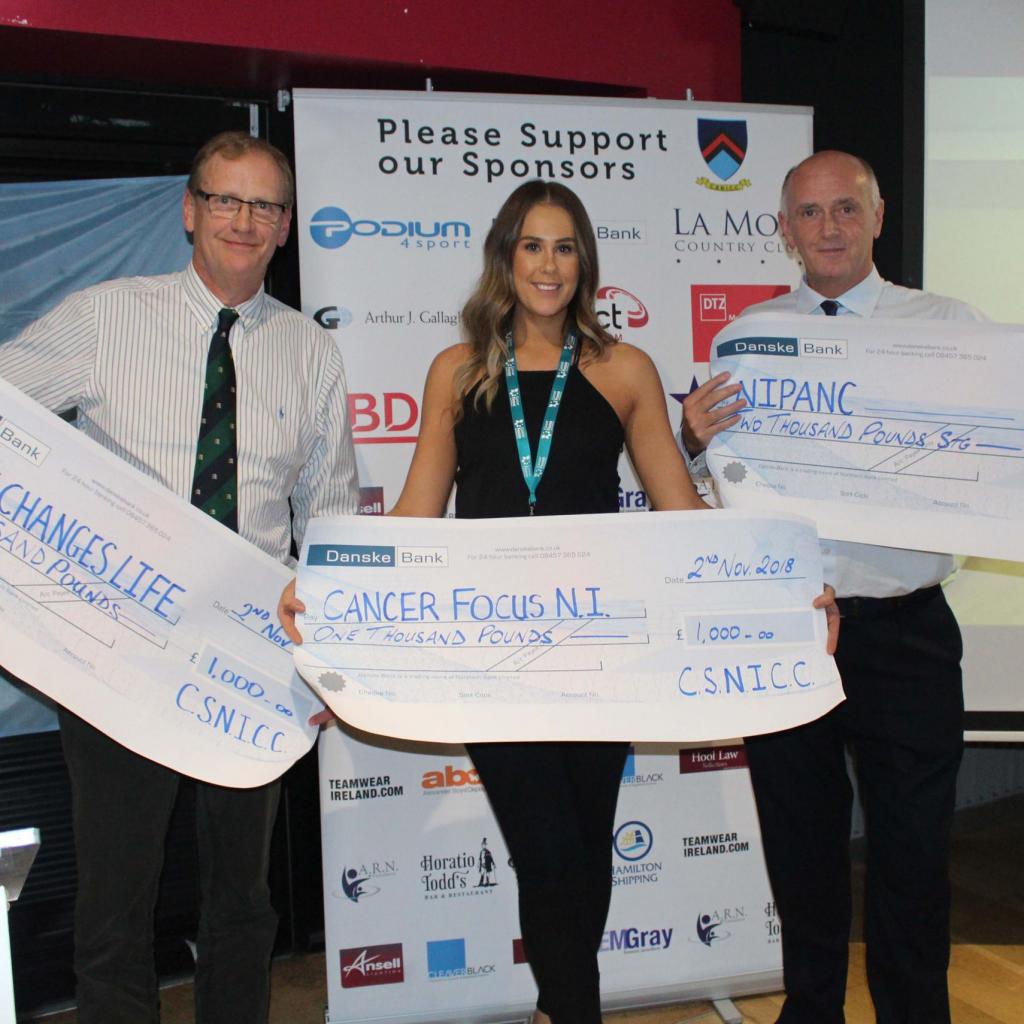 The Annual Awards Dinner gave Club members and guests a chance to reminisce over the season just past and to recognise achievements within the Club.

Along with the Awards, which were presented to members throughout the evening, three local charities, Northern Ireland Pancreatic Cancer (NIPanC), Sport Changes Life and Cancer Focus NI, were presented with donations totalling £4,000 following the Club’s Annual Fundraiser at Drumbo earlier in the year.

Ivan McMinn, Club Chairman, said: “I am delighted to see so many of our Club members at our Annual Awards Dinner. The evening gives us a chance to celebrate the success of the Club throughout the season with our 1st XI reaching the Gallagher Challenge Cup Final, the semi-finals of the Lagan Valley Steels Twenty20 Cup and finishing the season strongly in the league. With Gary Wilson and Andre Malan returning to the Club next season our 1st XI will be stronger than ever.

“Our Women’s 1st XI were narrowly beaten in the Gallagher Women’s Challenge Cup Final and the 4th XI brought success to the Club by winning the Minor (Lindsay) Cup.

“I am delighted to be able to present £4,000 to three local charities close to my heart following our highly successful fundraiser, ‘A Night at the Dogs’ in Drumbo. These charities could not operate without donations and I hope tonight’s donations help to raise awareness for them and go some way to progressing their tireless work.

“As this season comes to a close, our Winter Academies will be starting and plans are underway for next season. We will be looking to grow as a Club, to continue to develop our youth players and women’s team and we will be aiming to bring silverware back to Stormont.”

The following Awards were presented on the night;

Player of the Year - Alison Cowan

Player of the Year - Christie Harkness

Player of the Year - Chris Cahoon

Player of the Year - Gareth Thompson

282 runs at 70.50 average. Best batting 99 vs Dundrum II and took eight wickets during the season

Player of the Year - Gareth Thompson